The German Film Orchestra Babelsberg and its studio with the attached Scoring Stage Babelsberg are specialized in the production of orchestral music. We can offer decades of experience from film, music, and gaming and have already contributed to more than 1000 national and international film music productions, as well as over 500 record productions. We offer all the usual services that make your vision a reality, all according to current industry standards. On this page you will find a detailed overview of our service spectrum, amenities, and equipment of our studio and the Scoring Stage.

With an area of 3700 sqft (350 m²) and a height of 39 ft (12 m), the Scoring Stage provides a large area and flexible acoustics. The reverberation time of around 2.3 seconds can be shortened to 1.6 seconds through the use of specialized curtains. A set of movable walls with absorbing and partially reflecting surfaces can be used to acoustically separate or highlight instruments and instrument groups. Two grand pianos, Steinway model B-211 and Blüthner model 2, a celesta as well as a large selection of percussion instruments are part of the equipment.

The Scoring Stage is connected in a way that allows recordings from both Control Rooms or simultaneous mixing in one of them. Additionally, it is possible to project video material to mobile video monitors or a large screen (30 x 20 ft) in the Scoring Stage.

The 323 sqft recording control room has a direct view of the Scoring Stage. At the heart of this control room is a NEVE console VXS with 72 channels, scoring panel, and encore automation.
The room acoustics and a 5.1 monitor setup by Bowers & Wilkins allow for very fine and realistic reproduction of the orchestra sound.

The second, 270 sqft large studio room is mostly used for editing and mixing of the recordings. The C200 console by Solid State Logic allows efficient controlling of the session. During post-production (edit and mix) work can be done in parallel to video. Control Room II is also equipped with a 5.1 monitor setup by Bowers & Wilkins. Simultaneous editing and mixing during a recording in Control Room I is possible, as well as using it as a recording control room. 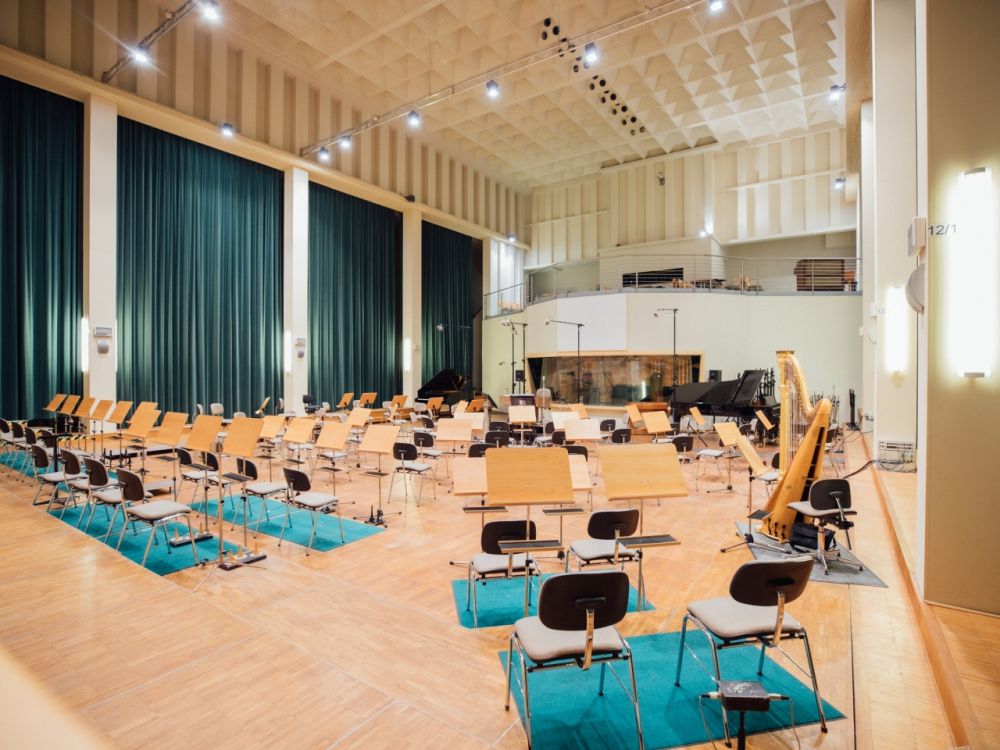 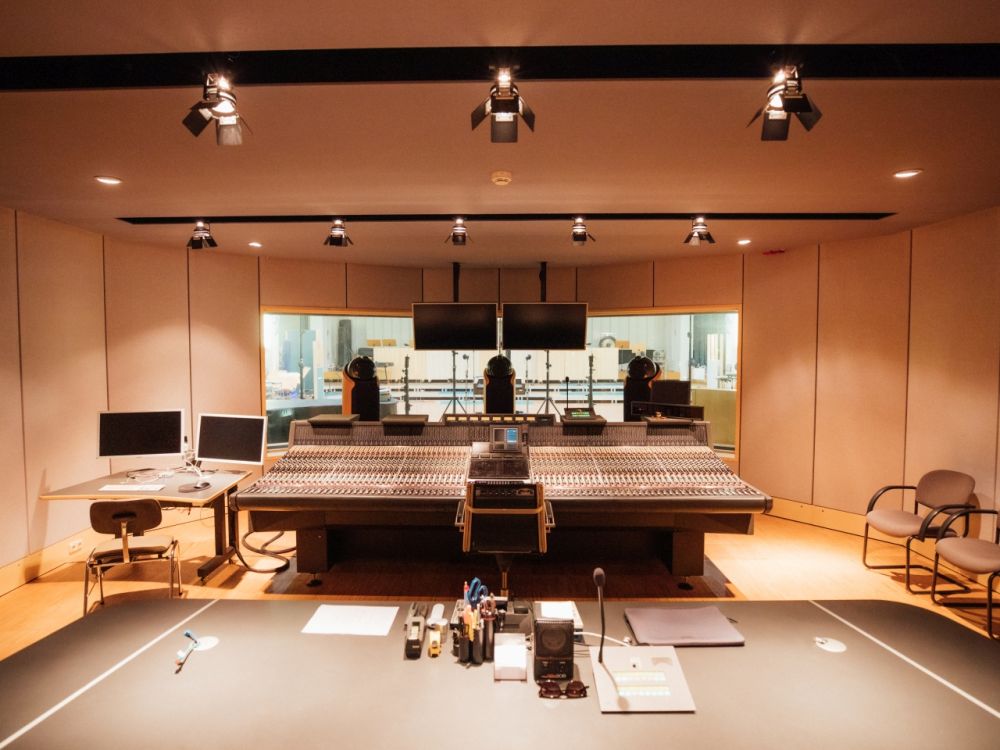 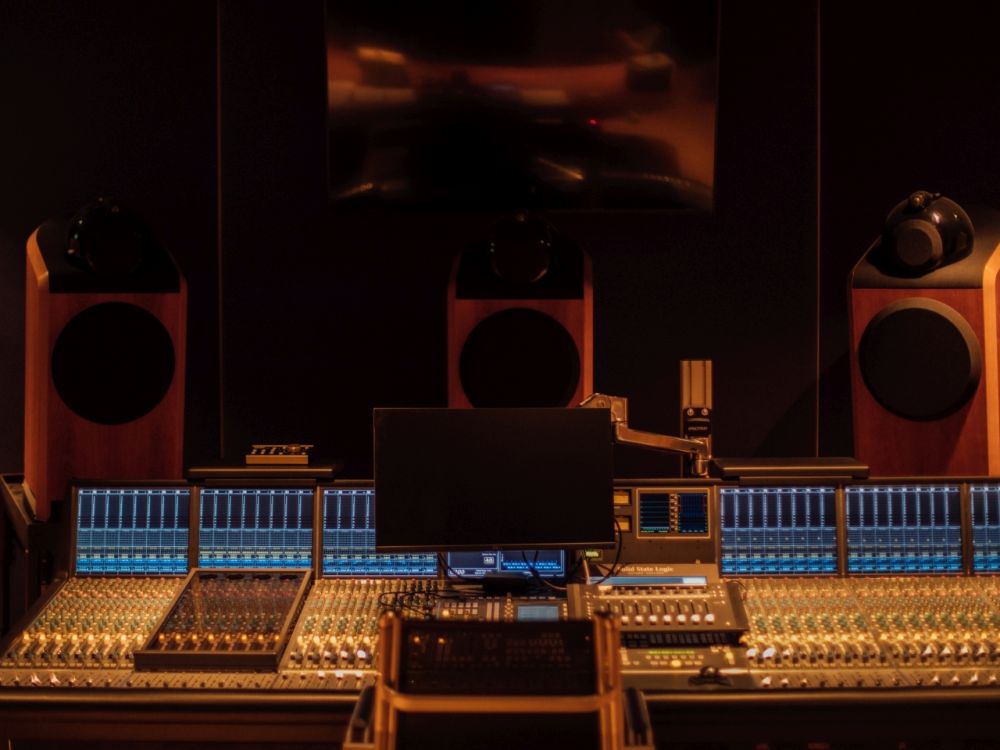 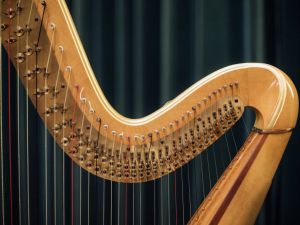 Feel free to contact us via telephone or email if you need more information regarding the production of orchestra music in our studio. We would be more than happy to advise you and answer all your booking questions and any contract inquiries you might have.